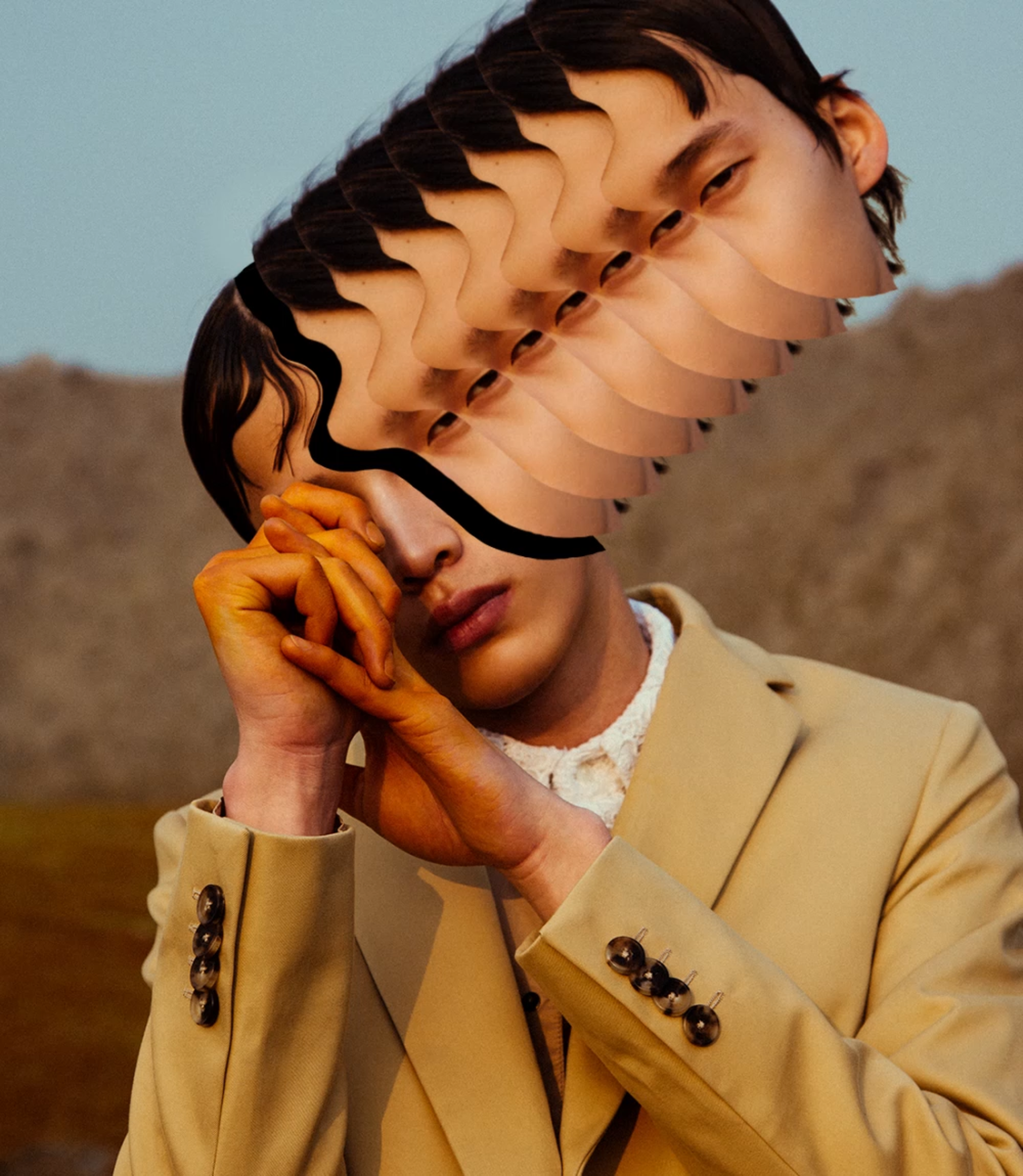 FrankNitty3000 is a multifaceted artist with a career ranging over 10 prosperous and developmental years. He has proved his artistry time and time again with his professional reputation as a director in music videos, fashion campaigns, and in the advertising industry. Since 2014, Frank has steadily continued to gain notoriety under the alias FrankNitty3000, known for his abstract, surrealist creations. As a self-proclaimed guerilla luxury deconstructivist—taking grandeur content and dismantling it to form a uniquely unconventional piece of art— he has collaborated with prestigious cosmetic brands and fashion empires such as Gucci, Louboutin, Burberry and Dior. His work has been exhibited in the illustrious Gucci Garden in Florence, as well as other reputable galleries in Amsterdam, London, Beijing, and Tokyo. The publishing world has also taken to his talents, as he’s had the opportunity of being showcased in a number of acclaimed magazines like Wired, Vogue, Schön!, and Numéro.

In the early 2000’s, FrankNitty3000 started his dynamic career after graduating from the Dutch Design Academy Eindhoven, where he met a multitude of amazing artists that challenged him to become greater. Training at an institute notorious for producing exceptionally skilled designers, Frank used this as motivation to become fully submerged in his craft. But soon after completing his studies, he felt as though he wasn’t quite done learning, and certainly hadn’t established his own voice yet. Eager for a change, Frank took an opportunity to move from his home country of The Netherlands to the bustling streets of Japan, where he was finally able to engulf himself in a deep exploration of both his mind and his art.

Frank has always been an artist, with interests spanning the categories of visual art, music, and philosophy. He shared with us that he was “lucky enough as a kid to have had a lot of encouragement to explore [his] creative impulses”. When asked about his future goals, Frank mentioned that he’s interested in collaborating with admirable artists in the music industry; but his overall view on life is that he prefers to enjoy being in the moment and taking baby steps while growing, not necessarily planning out large goals. He lives each of his days by a mantra that everyone is sure to resonate with: “Never trust the thoughts and ideas of large groups of people.”