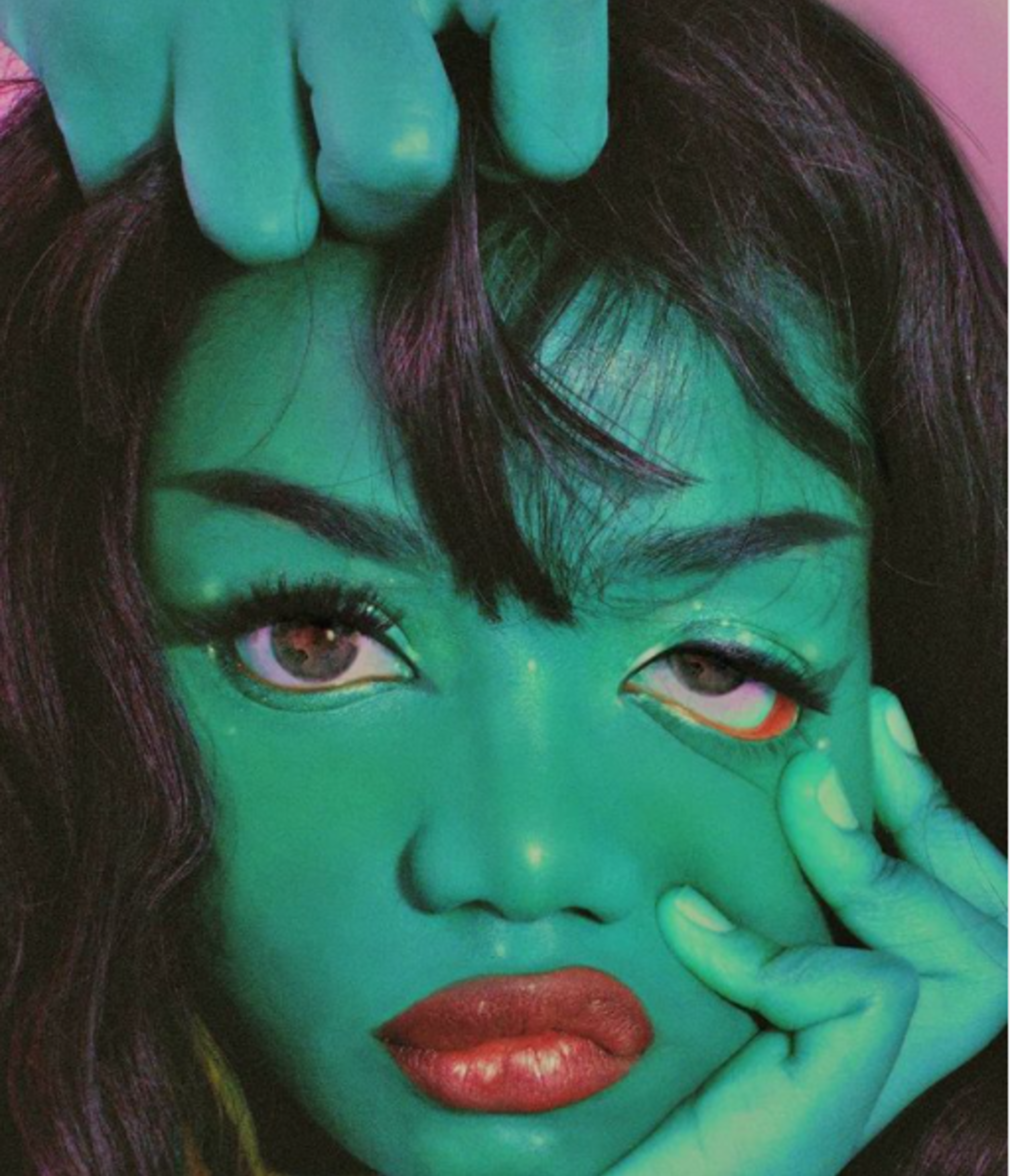 A stranger in a strange place.

Mars based Graphic Designer Lex Etrange, better known as Supah Space, creates visual art through her eccentric understanding of the human experience. Originally a character artist, Lex has blended her passion for graphic design and visual story-telling, bringing about a marriage of bold and colorful work that showcases her aesthetic obsessions.

Although Lex has been, “drawing since [she] learned to pick up a pencil”, her creative passion didn't come until she began getting in touch with music, and letting it move her into a deep creating catharsis. Because of this, she describes her style as “inconsistent”, as she only draws when she's stimulated - or has time for it - which could be anywhere from days to months apart. Lately, Lex has been most inspired by a character she’s created, called Space, who is an extension of herself and the alter ego that conducts her online life. While on the topic of iconic personas, she exuberantly expressed, “since my childhood, idols such as Hatsune Miku, Gorillaz, and Ulala have always intrigued me. I am currently most inspired by Nene the Shrimp, Seraphine, and Kizuna AI, all manifestations of an idea that has been personified into characters that others can interact and connect with, despite how separated they are from reality.”

Through deep thought and creative exploration in activities like photography, illustration, and music; Lex looks forward to continue building on her creations in order to improve herself as an artist. She advises that, “It's important that we continue to allow ourselves to create and be inspired, even for those who don't necessarily brand themselves as artists. Art enables us to find and lose ourselves at the same time, and during a period where we have almost no choice but to become introspective, I believe that is incredibly important to take to heart."

Keep up with Lex Etrange and her quirky art by following her journey on Instagram: @supahspace