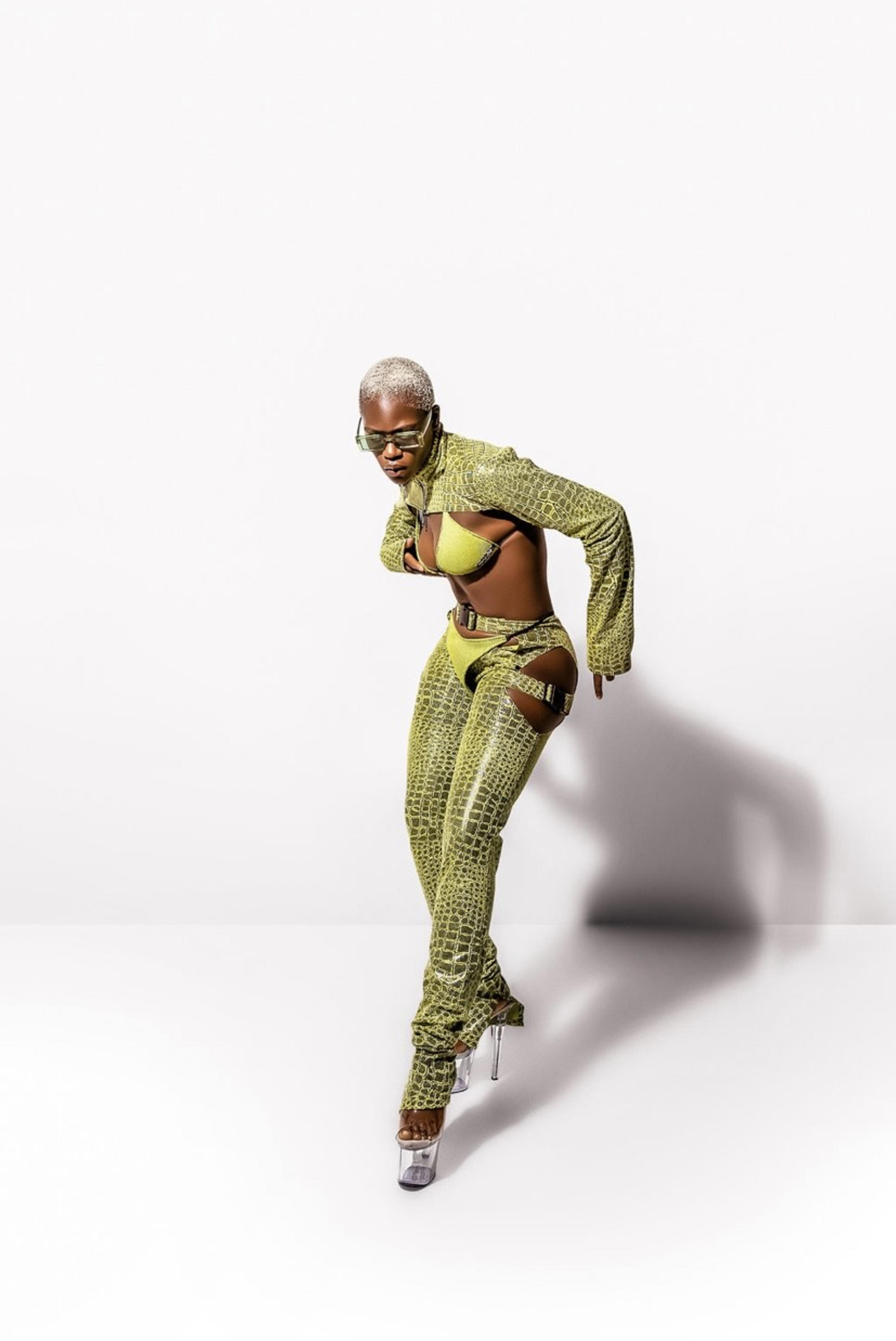 Shunelle Porcena is a fashion designer based in Atlanta, Georgia, who eagerly started her dream job after receiving her B.F.A in fashion design from Savannah College of Art and Design in 2019. She is known for her unique take on surface manipulation, having a keen sense on how to work with an array of different textures, hardware, and embroidery in order to bring her designs to life. She describes her collections as a reflection of her own forward thinking and innovative mindset, designing her clothing to be functional, wearable art for all customers alike. Some of her biggest inspirations within the fashion world include the brilliant Laquan Smith, Thierry Mugler, Gcdswear, and Kimshui Studios. Her creativity is also stimulated through story books, movies, homes, and the people that surround her. Amongst this social circle are her artistic friends and family, who all heavily influence her through their own artistry in both the music industry and the high art scene. Shunelle is officially the first designer in her family, being naturally gifted with a proficient skill set in fashion illustration, styling, and branding.

As a young girl growing up in south Florida, Shunelle intuitively knew her destiny was to become a designer. She was always occupying herself with drawings of “crazy dresses”, mermaids, and anime inspired fictional characters. And when she put down her pencil, she was quick to begin crafting paper outfits for her Bratz and My Scene dolls. By the time she was in middle school, she had upgraded to real sewing classes at a friend’s house, eventually taking those skills into high school with a newfound sense in the power of a garment.

Shunelle’s method of daily motivation consists of short, straightforward, uplifting statements such as “you got this”, “ok next”, and  “keep moving”, all of which have proved to be effective not only for Shunelle, but also for many other individuals seeking to improve on their self-discipline habits. Along her journey, she’s received helpful words from mentors to “take as many breaks and as much rest as you need, just DON’T stop and don’t give up. You never know how close you are to reaching your goals.” She has taken this to heart and is living proof of the achievements one can make by simply sticking to a solid plan and following through.

After breaking through barriers and experiencing success, Shunelle has gained her own words of wisdom, encouraging fellow artists to consider “respecting your time so that others will do the same. Know the value of your work, and be confident that your art is worth it.” But for some artists, despite reaching a level of ever growing success, they can still struggle with burnouts and a lack of confidence to push forward. Because of this, we asked Shunelle how she stays determined in the midst of her demanding workload. She had this to share with us: “The one thing that motivates me to keep creating is fear of failure (lol just kidding….kinda). My motivation is mainly my goals for the future. Knowing where I wanna be in the next few years keeps me going. I’m motivated by my passion, my legacy, and my family.”

Shunelle Porcena’s Instagram galleries @nelly_thedesigner & @nellybsbd showcase her fashion forward lifestyle and innovative designs, all of which are sure to have you craving more!